Held on 1st December annually since 1988, World AIDS Day gives people an opportunity to show support for people living with HIV and acknowledge those who have died. To support the global goal to stop the transmission of HIV, it is also a day to raise awareness about the prevention and control of AIDS.

Although HIV infection was first detected in 1981, with the disease it causes being named AIDS in 1983 and the virus itself HIV in 1984, it is important to note that AIDS did not originate in 1981.

There are two viruses associated with AIDS: HIV-1 and HIV-2. HIV-2 is less pathogenic than HIV-1 and is mostly restricted to West Africa. HIV-2 is structurally similar to a simian immunodeficiency virus (SIV) strain, SIVsm, which infects the sooty mangabey monkey. It is hypothesized that SIV crossed the species barrier to humans when contaminated animal blood entered cuts on the hands of people who were in contact with SIV-infected meat for food.

Although HIV-2 is structurally similar to HIV-1, how HIV-1 arose is still unclear. The simian strain most similar to HIV-1 is SIVcpz, found in a chimpanzees. The transition from chimpanzee to human is estimated to have occurred between the late 19th and early 20th century, when humans came in contact with chimpanzees during a time of rapid urbanisation and colonisation in equatorial Africa.

Evidence has shown that HIV was present in Africa before then, perhaps as early as 1915, when HIV-1 was detected in a blood sample taken in 1959.

It is hypothesized that the AIDS epidemic in humans began in the late 70s and early 80s due to increased migration and improved transportation. Before then, the virus was limited to isolated communities in Africa and remained undetected due to the lack of diagnostic facilities and the attribution of the clinical symptoms (such as fever and pneumonia) to malaria and tuberculosis.

Although there is now governmental support and sexual reproduction education programmes in place, due to the method of transmission of HIV, people infected with the virus still face discrimination today as the infection is predominantly associated with homosexuality, infidelity, sex work and intravenous drug use. This fear of stigma and discrimination is one of the main barriers to people being reluctant to get tested for HIV, to disclose their status and to take treatment.

HIV can be found in semen, vaginal fluids, blood, breast milk and rectal secretions of an individual who is infected with the virus. HIV cannot be transmitted through saliva, tears, sweat or urine, because they do not contain enough of virus to infect another person.

HIV can affect anyone. The most common ways HIV is transmitted are through unprotected sex and through sharing infected needles, syringes or other injecting drug equipment. HIV is not transmitted through casual or day-to-day contact, or kissing and sharing a glass or plate. Pre-existing sexually transmitted infections (STIs) further increase the risk of HIV transmission. Sex workers are therefore at a very high risk to become infected as they might have STIs they are not aware of, and practise unsafe sexual behaviours.

Mother-to-child transmission of HIV can also occur through the placenta during pregnancy, during labour and exposure to the mother’s blood, or through breastfeeding. Pregnant women who are HIV positive may be treated during their pregnancy with drugs which lower the amount of virus present in the mother’s body, thereby reducing the risk of mother-to-child transmission.

HIV is a retrovirus which uses the host cell to replicate and is the causative agent of AIDS. HIV infects cells which are vital components of the immune system and contain a molecule called CD4 on their surface – CD4+ T cells, macrophages and dendritic cells. To enter cells, the virus uses the CD4 cell surface receptor and other cell surface membrane co-receptors to bind to cells then fuse with the cell membrane. Once inside, the genetic material and proteins of the virus are released. This allows the genetic material of the virus to be integrated into the host cell genome. Following activation of the cell to produce its own proteins, viral proteins are also produced. This results in the production of new infectious virus particles, which are released from the host cell, ready to infect other cells.

Although not fully understood, the virus results in the significant depletion of CD4+ T cells through several mechanisms. One of these mechanisms is that these cells are destroyed as the new virus particles are released. An individuals is said to have AIDS when they have a cell count of less than 200 CD4 cells per mm3 blood (healthy range: 500-1500 CD4 cells per mm3 of blood). At this point, cell-mediated immunity is lost, leaving the body susceptible to opportunistic infections and certain types of cancer. It is these opportunistic infections (such as tuberculosis, pneumocystis pneumonia and cryptococcal meningitis) and cancers (such as Kaposi’s sarcoma and lymphomas) which are the primary cause of death for people who are infected with HIV.

Antiretrovirals can be highly effective but there are some risks. The virus may become resistant and patients may suffer from several side effects (including diarrhoea, headaches, nausea and vomiting) which requires the individual to receive further drug treatment to relieve these side effects. These factors, especially in low income communities where treatments are not affordable, may cause patients to discontinue treatment altogether, which may lead to the virus progressing to AIDS more rapidly.

Protected sex (condom use) remains the most effective prevention against HIV infection. Although the viral load of a HIV positive patients and their potential to infect others is significantly reduced when taking antiretroviral treatments, condom use is still required as patients can still infect their partners.

In most countries there has been an increase in testing and uptake of treatment, and the annual number of AIDS-related deaths falling, for example, from 2.4 million in 2005 to 1.2 million in 2014.

However, WHO estimated that, as of 2014, 34 million people have died globally from HIV-related causes, and that 36.9 million people are currently living with HIV. Only 51% of these people know that they have the virus.

The most affected region is Sub-Saharan Africa, where an estimated 25.8 million people were infected with HIV in 2014 and almost 70% of the global total of new infections occur there.

The international theme for World AIDS Day since 2011 has been ‘Getting to zero’: zero new HIV infections, zero discrimination, and zero AIDS-related deaths. To achieve this goal, it is important to educate people and communities about how HIV infections occur, what behavioural changes need to be made to prevent further infections, provide condoms, and make treatment readily available and affordable for those who need it most.

If you would like to get involved, you can donate or you can show your support by buying and wearing a red ribbon (the international symbol of AIDS awareness), or hold fundraising activities such as a bake sale to raise money. 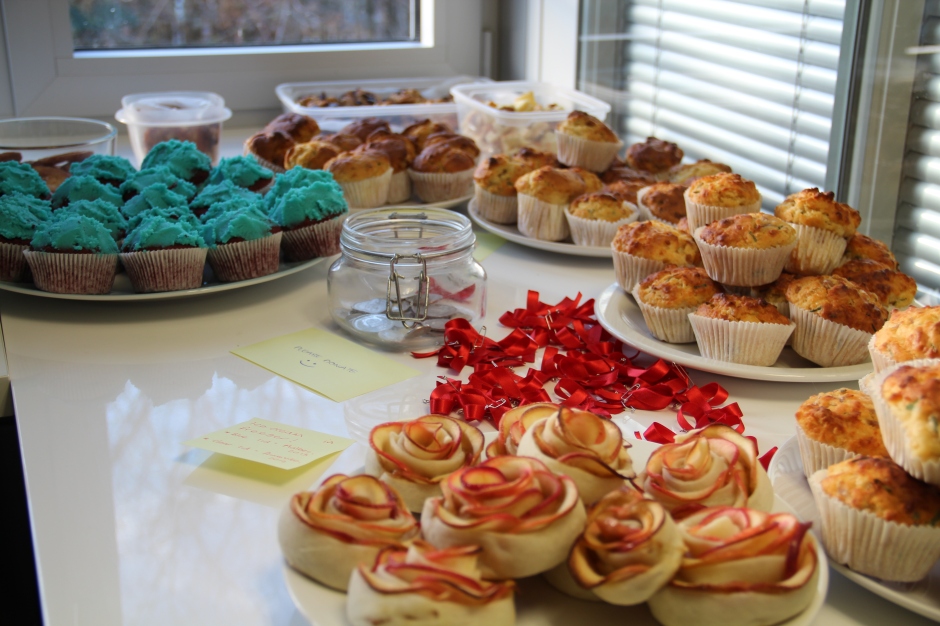 For patient groups who wanted faster regulatory approval for new antiretroviral drugs in the US, and others who wanted to educate themselves about their disease, it was very important for them to have access to science research. Major global health issues highlight the need for open access research.

Frontiers has a HIV and AIDS specialty section which is cross-listed in Frontiers in Immunology and Frontiers in Public Health.