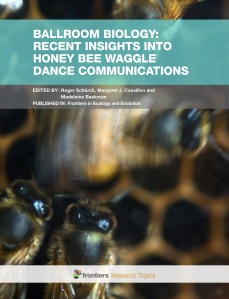 What Can We Make of Theories of Embodiment and the Role of the Human Mirror Neuron System?, hosted by Analía Arévalo, Juliana Baldo, Fernando González-Perilli and Agustín Ibáñez

Towards an Integrated Approach to Measurement, Analysis and Modeling of Cortical Networks, hosted by A. Ravishankar Rao, Guillermo A. Cecchi and Ehud Kaplan

Dendritic Spines: From Shape to Function, hosted by Nicolas Heck and Ruth Benavides-Piccione

Cytokines as Players of Neuronal Plasticity and Sensitivity to Environment in Healthy and Pathological Brain, hosted by Silvia Alboni and Laura Maggi

The Cognitive and Neural Organisation of Speech Processing, hosted by Patti Adank, Carolyn McGettigan and Sonja A. E. Kotz

Crosstalk between the Osteogenic and Neurogenic Stem Cell Niches: How Far are They from Each Other?, hosted by Wanda Lattanzi and Maria Concetta Geloso

Morphogens in the Wiring of the Nervous System, hosted by Juan Pablo Henríquez by Nelson Osses

Emergent Neural Computation from the Interaction of Different Forms of Plasticity, hosted by Cristina Savin, Matthieu Gilson and Friedemann Zenke

Beyond the Body? The Future of Embodied Cognition, hosted by Guy Dove

Escherichia coli has long been used as a model Gram-negative bacterium for fundamental research but also for industrial applications. Recently, however, cyanobacteria have emerged as candidate chassis for the production of commodity fuels and chemicals.