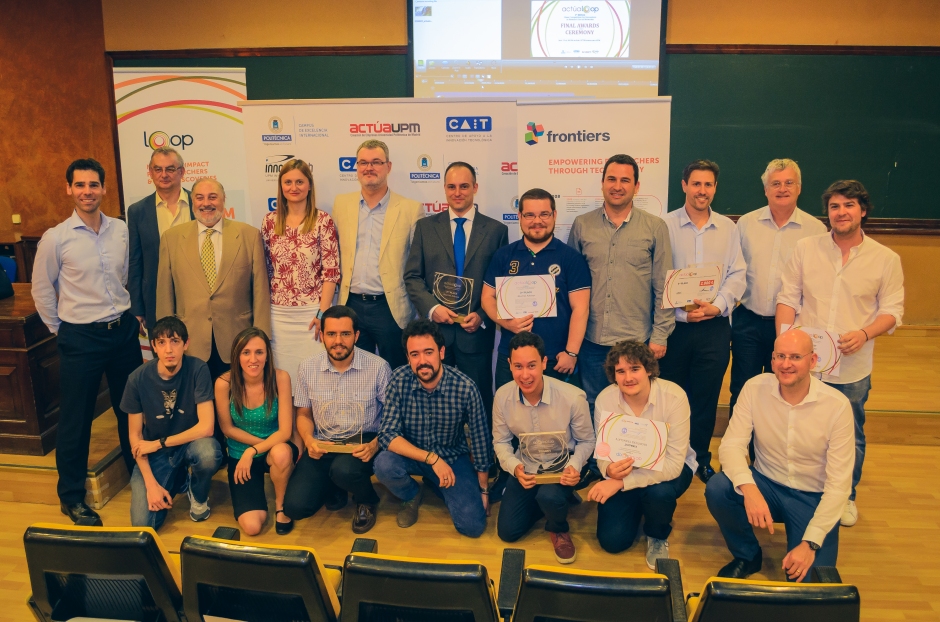 “Your research does not finish with your publication;” explained Alvaro Alonso from the team who created IDeM, the winner of the Actúaloop awards held on 23 June in Madrid.

The awards celebrated the talent of six inspiring teams who created new applications to help researchers improve their work using the research network Loop‘s APIs. The teams all came from the Technical University of Madrid, who worked for nine months on the projects.

The top three winners were:

Each team gave a presentation of their project ahead of the awards.

The IDeM team explained that researchers use many tools in their research from presentations to multimedia. Through IDeM, Loop users could add videos and slides, as well as have live web conferencing with other researchers.

Frontiers Translate, a community translation app, received a special award as the team was only in their first year of university.

Kamila Markram, the co-founder and CEO of Frontiers, was the guest speaker. In her speech she spoke about the importance of using science to help with global sustainability.

She said: “Science and technology are the foundation of modern society, and science is also humanity’s path to a sustainable future. For this to happen we need rapid and open dissemination of articles through open access.”

She praised the work and creativity of all the teams.

Director of the Center for Support in Technological Innovation CAIT – UPM, Gonzalo León said the competition brought together some of the very best talent from the university.

The teams seem delighted with their awards. Gonzalo León added that next year they plan to do a second actúloop competition.

The six finalists were picked from over 30 participants, the top three teams all won cash prizes to help with their future work and with new projects in the future.

Frontiers’ award-winning IT team provided mentorship along the way to help the university teams develop their ideas, providing them real-world experience and the chance to see their idea move from concept into reality.

Actúaloop was an initiative set up by Frontiers in collaboration with the Center of Support for Technological Innovation CAIT – UPM.