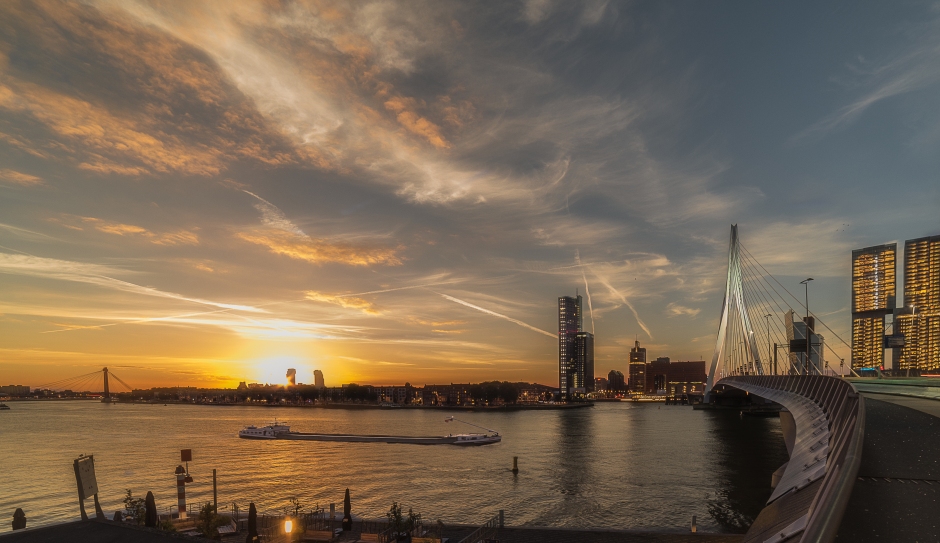 In 2030, just 13 years away, under a worst case scenario, Rotterdam could expect annual losses of almost 240 million USD. Image by Shutterstock.

Researchers urge policy-makers not to settle for traditional approaches and point to high potential economic losses.

A new study that assesses potential future climate damage to major European coastal cities has found that, if, as currently, global carbon emissions continue to track the Intergovernmental Panel on Climate Change’s worst emission scenario (RCP8.5), overall annual economic losses may range from 1.2 billion USD in 2030 to more than 40 billion by 2100.

For the first time, the report’s authors adapted into their modelling methods for dealing with uncertainty well known in other fields of economics, such as financial economics.  They successfully applied them to so called ‘tail events’ and their possible impacts in the chosen cities. The study’s results show that despite their low probability of occurrence the huge scale of damage that tail events may cause means that they should be carefully considered in coastal vulnerability analysis.

In 2030, just 13 years away, under a worst case emission scenario, Rotterdam tops the economic impact table with expected annual losses of almost 240-million USD, closely followed by Istanbul, St Petersburg and Lisbon. By 2100 the expected annual losses in Istanbul could reach almost 10-billion USD, Odessa in the Ukraine could lose 6.5-billion USD annually and Rotterdam 5.5-billion. Glasgow and Dublin could both suffer economic losses of around 1.5-billion USD in annual economic losses by 2100.

About two thirds of our planet’s mega-cities—cities with populations of more than 5 million people—are located in low-lying coastal areas so protecting these areas from rising sea levels is critical to saving lives and property.  Being so vulnerable to the impacts of climate change, coastal cities also have a major role in adapting to them.

The report urges local, regional, and national policy-makers not to settle for traditional approaches to calculating climate impacts but instead  seek to introduce risk assessments under uncertainty into their decision-making processes. The author’s say that in line with the level of risk in each coastal city and the risk aversion of decision-makers, adaptation measures will need to be implemented in the near future in order to avoid critical damage and major losses.