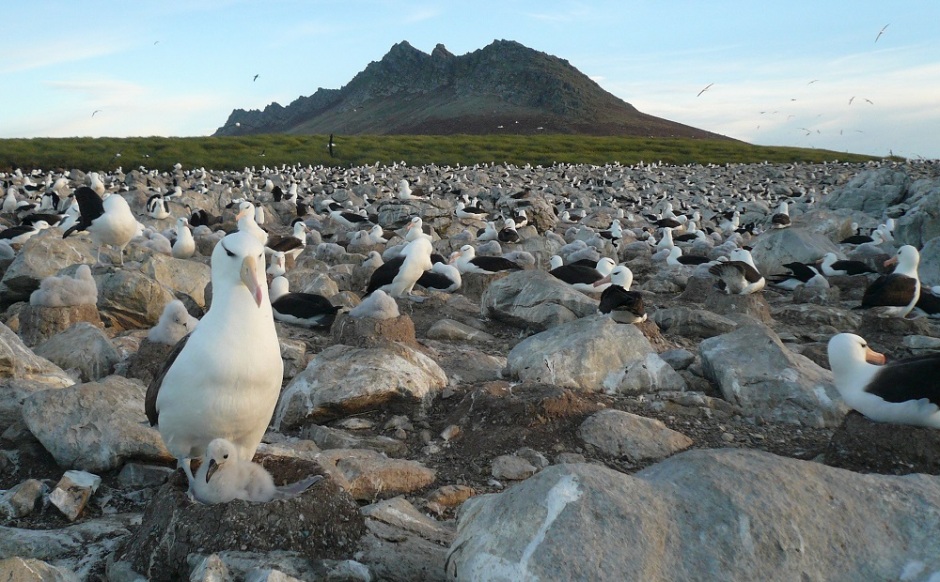 Albatross feed on several fish species that are not easy for the birds to access in nature, but which are caught by commercial fisheries, finds a study in open-access journal Frontiers in Marine Science. This indicates a high level of interaction between albatross and fisheries in some areas, and so an ongoing risk of the birds being killed in fishing gear.

The study is the first broad geographic assessment of seabird diet through DNA analysis of feces — and the first to examine the diet of any Southern Ocean species in this way. This non-invasive technique could serve as a valuable tool for fishery and conservation management into the future.

Albatross are threatened by commercial fisheries

Commercial fishing practices are still the biggest direct threat to most albatross species, although many advances have been made in some fisheries. The birds are attracted to bait used on longline hooks, as well as to non-target fish and processing waste that is discarded from fishing boats. However, by scavenging behind vessels, many get tangled in the fishing gear and drown. This incidental mortality, or bycatch, kills hundreds of thousands of albatross and other seabirds each year. Fishers, conservationists and managers globally are working to find solutions.

“A better understanding of seabird-fishery interactions would help improve ecosystem-based management of fisheries,” says Julie McInnes from the Institute for Marine and Antarctic Studies at the University of Tasmania, Australia. “However, it can be difficult to assess what proportion of a seabird population may interact with fishing vessels and whether this interaction is similar across different breeding colonies and fishing zones.”

One way to assess how seabirds are interacting with fisheries is to look at what the birds are eating. Conventional techniques involve directly analyzing stomach contents for the presence of different prey species. However, sample collection can be invasive and body parts from different species are not always distinguishable after digestion.

McInnes and an international team took a different approach: instead of stomach contents, they analyzed the DNA in albatross feces.

“Detecting prey DNA in predator scats provides a non-invasive tool to examine diet,” says McInnes. “We wanted to test whether this “DNA barcoding” is a valuable method for assessing seabird-fishery interactions.”

High level of fishery interactions in some areas

The researchers collected droppings from black-browed albatross at six breeding sites across their circumpolar range over two years, including colonies that had rarely or never been studied in the past.

DNA analysis of the feces showed that the birds consume a wide diversity of fish species, and identified a number of new prey species. Moreover, many of the identified fish species are not known to be naturally available to albatrosses, but are commercially harvested or caught as bycatch. The areas with the highest proportion of these species were sites where discards are still permitted by the fishery.

“These species were likely obtained by scavenging on discards from fisheries operating adjacent to the colony,” says McInnes. “This indicates ongoing interactions of black-browed albatross with fisheries.”

Improvements to discard management are likely to have major implications for some albatross populations, she says. “By identifying the areas where seabird-fishery interactions are high, fishery resource managers can look at mechanisms to reduce the attractiveness of fishing vessels to albatross, and so reduce their mortality in fishing gear.”

The study demonstrates that DNA analysis of scat samples provides a valuable tool for fishery resource and conservation management. For example, long-term monitoring of albatross diet could be used to assess whether fisheries are complying with discard policies. Extending the analysis to other marine predators could help monitor marine biodiversity and broader marine ecosystem changes.

“DNA barcoding could be used to identify changes in the abundance and distribution of different marine species, for example in response to warmer oceans and climate change” says McInnes. “Understanding how these changes affect seabirds and other predators will be important for monitoring which populations are impacted.”

The research was led by the Institute for Marine and Antarctic Studies (University of Tasmania), the Australian Antarctic Division and the Tasmanian Department of Primary Industries, Parks Water and Environment.

Original research article: DNA Metabarcoding as a Marine Conservation and Management Tool: A Circumpolar Examination of Fishery Discards in the Diet of Threatened Albatrosses