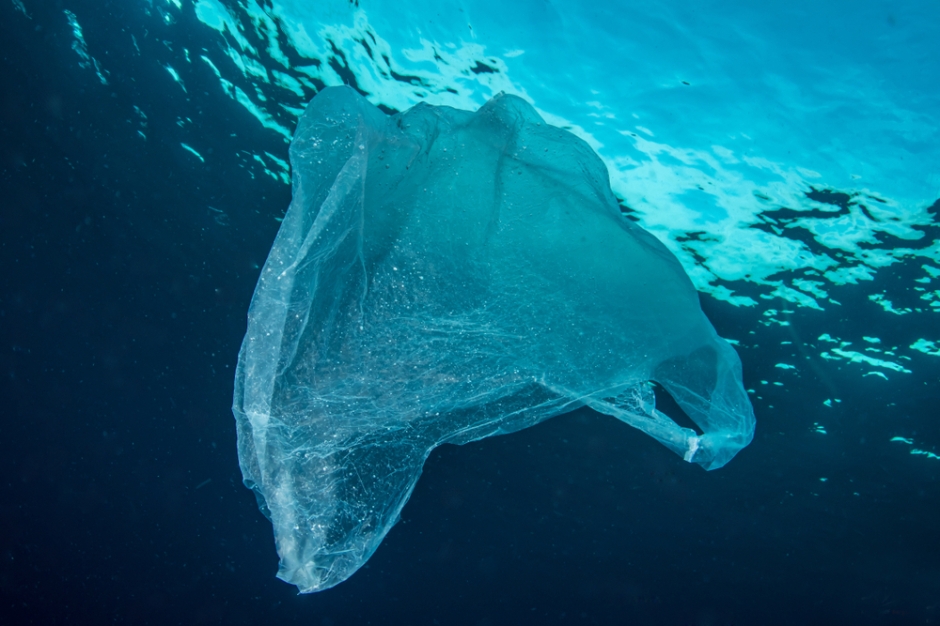 Small plastic fragments that have accumulated in the marine environment following decades of pollution can cause significant issues for marine organisms that ingest them, including inflammation, reduced feeding and weight-loss. Image: Shutterstock

New study finds microplastics in the stomachs of 73 percent of mesopelagic fish caught in the Northwest Atlantic — one of the highest levels globally.

A new study sheds light on the magnitude of microplastic pollution in our oceans. The study, published today in open-access journal Frontiers in Marine Science, found microplastics in the stomachs of nearly three out of every four mesopelagic fish caught in the Northwest Atlantic — one of the highest levels globally. These findings are worrying, as the affected fish could spread microplastics throughout the ocean. The fish are also prey for fish eaten by humans, meaning that microplastics could indirectly contaminate our food supply through the transfer of associated microplastic toxins.

“Microplastic pollution has been in the news recently, with several governments planning a ban on microbeads used in cosmetics and detergents,” says Alina Wieczorek from the National University of Ireland, Galway and lead author of the study. “The high ingestion rate of microplastics by mesopelagic fish that we observed has important consequences for the health of marine ecosystems and biogeochemical cycling in general.”

Microplastics are small plastic fragments that have accumulated in the marine environment following decades of pollution. These fragments can cause significant issues for marine organisms that ingest them, including inflammation, reduced feeding and weight-loss. Microplastic contamination may also spread from organism to organism when prey is eaten by predators. Since the fragments can bind to chemical pollutants, these associated toxins could accumulate in predator species.

Mesopelagic fish serve as a food source for a large variety of marine animals, including tuna, swordfish, dolphins, seals and sea birds. Typically living at depths of 200-1,000 meters, these fish swim to the surface at night to feed then return to deeper waters during the day. Through these vertical movements, mesopelagic fish play a key role in the cycling of carbon and nutrients from the surface to the deep sea — a process known as biogeochemical cycling. This means they could spread microplastic pollution throughout the marine ecosystem, by carrying microplastics from the surface down to deeper waters, affecting deep-sea organisms.

Despite their important role in marine ecosystems, mesopelagic fish have been relatively understudied in the context of microplastics. To investigate this further, Wieczorek and colleagues set out to catch fish in a remote area of the Northwest Atlantic Ocean: an eddy (whirlpool) off the coast of Newfoundland.

“These fish inhabit a remote area, so theoretically they should be pretty isolated from human influences, such as microplastics. However, as they regularly migrate to the surface, we thought that they may ingest microplastics there,” explains Wieczorek.

The researchers caught mesopelagic fish at varying depths, then examined their stomachs for microplastics back in the lab. They used a specialized air filter so as not to introduce airborne plastic fibers from the lab environment.

The team found a wide array of microplastics in the fish stomachs — with a whopping 73% of the fish having ingested the pollutants. “We recorded one of the highest frequencies of microplastics among fish species globally,” says Wieczorek. “In particular, we found high levels of plastic fibers such as those used in textiles.”

As the researchers were extremely careful to exclude contamination with fibers from the air, they are confident that the fish had ingested the fibers in the sea. Finding high levels of fibers in the fish is significant, as some studies investigating microplastics in fish have dismissed such fibers as contaminants from the lab environment, meaning their role as a pollutant may have been underestimated.

The researchers plan further studies to learn more about how these fish are ingesting and spreading microplastics. “It will be particularly interesting to see whether the fish ingest these microplastics directly as mistaken prey items, or whether they ingest them through eating prey species, which have previously ingested the microplastics,” says Wieczorek.

Original article: Frequency of Microplastics in Mesopelagic Fishes from the Northwest Atlantic