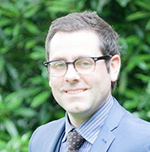 Research published in Frontiers in Psychology has won the 2018 Albert Ellis Award for Research, for its contribution to the innovative application of Rational Emotive Behavior Therapy (REBT) to sport.

The central philosophy of REBT is that events do not directly cause emotions and behavior, but instead a person’s beliefs about the events. The winning article, by Dr Martin J. Turner from the Centre for Sport, Health and Exercise Research at Staffordshire University, UK, outlines the seldom-reported value of this approach for addressing mental health issues in athletes. He proposes three important areas of investigation:

Rational Emotive Behavior Therapy is the foundation of cognitive behavioral therapy. Developed by psychotherapist and psychologist Albert Ellis in the 1950s, it aims to resolve emotional and behavioral issues through evidence-based theory and psychotherapy. Its central philosophy is expressed in the so-called ABC model, where the event is represented by the letter A (activating event or adversity), beliefs by the letter B, and emotions and behaviors by the letter C (consequences).

The Albert Ellis Institute continues Ellis’ legacy by promoting fundamental, translational and applied research, as well as practice and training of mental health professionals in the use of Rational-Emotive and Cognitive Behavior Therapy.

The annual Albert Ellis Award for Research is granted to a top article published in a scientific journal, on empirical research focused on Rational-Emotive & Cognitive-Behavior Therapy.