— by Mirjam Curno and Stephanie Oeben

Frontiers is the 4th most cited publisher amongst the 20 largest publishers, ranked by average citations over a three-year period (2015-2017). The same analysis also reveals a citation advantage of Open Access journals over subscription journals in the last three years.

In 2017, 16% of peer-reviewed papers worldwide were published in fully Open Access journals according to SCImago (2018). After over two decades of the Open Access revolution, this is a far cry from the aspired 100%. One of the many reasons why the transition to Open Access turned out to be so difficult is the debate whether Open Access can produce scientific excellence.

In this blog post we performed a journal analysis contrasting open access journals and subscription journals based on data from SCImago (2018, SCImago data is based on Elsevier’s Scopus database). The full dataset is available on Figshare here. This data was presented at the EuroScience Open Forum 2018, the powerpoint is available here and the video lecture here.

In 2017, four of the 20 largest publishers are full Open Access publishers (Figure 1), 16 are traditional subscription publishers with a range of subscription, hybrid and fully open access journals.

Looking at average citations over a three-year period (2015-2017) amongst the largest 20 publishers, the performance of fully Open Access publishers is remarkable (Figure 2).

While 10 out of the 16 traditional publishers show a clear citation advantage for their Open Access journals, there are some variations, likely reflecting different strategies with the titles, as well as a publisher’s standing in terms of the content they attract.

These findings are in accordance with a recent analysis by DeltaThink which demonstrated that an increasing number of fully OA journals are attaining higher impact factors at faster rates than their subscription and hybrid counterparts.

The findings are also in line with the citation advantage of Frontiers Open Access journals in the 2017 Journal Citation Reports and 2017 CiteScore.

Many have appreciated the benefits of Open Science for society; accelerated discovery, innovation and economic growth and public access to scientific knowledge. This data demonstrates that Open Access journals outperform traditional subscription journals on citation metrics and deliver higher impact for authors. 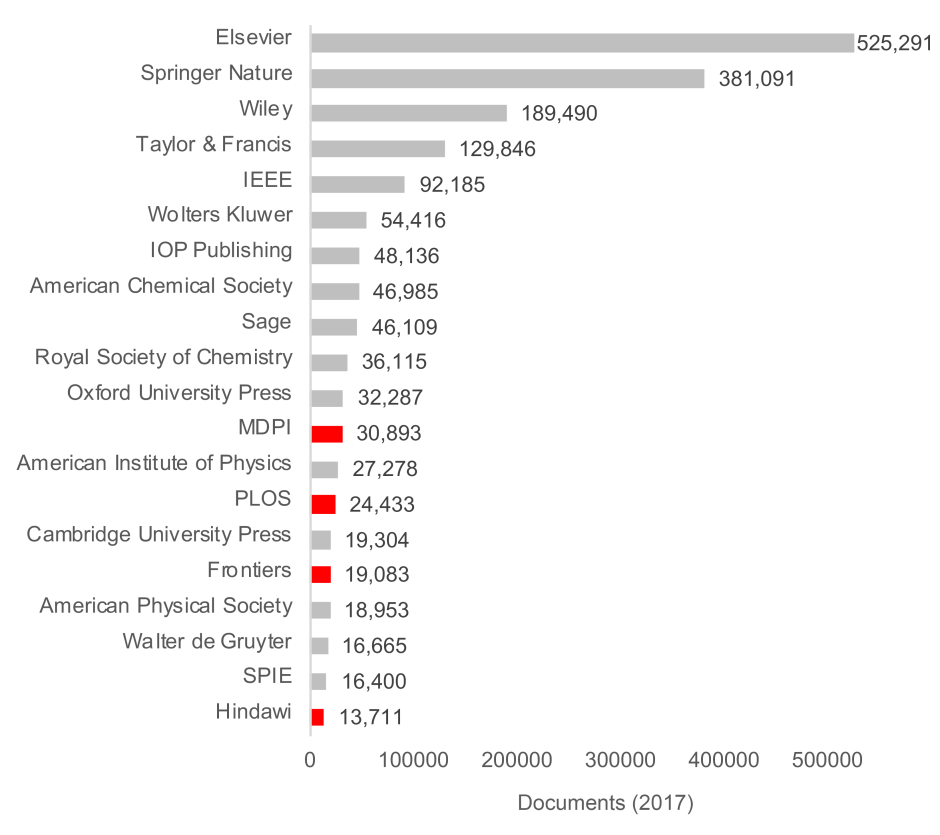 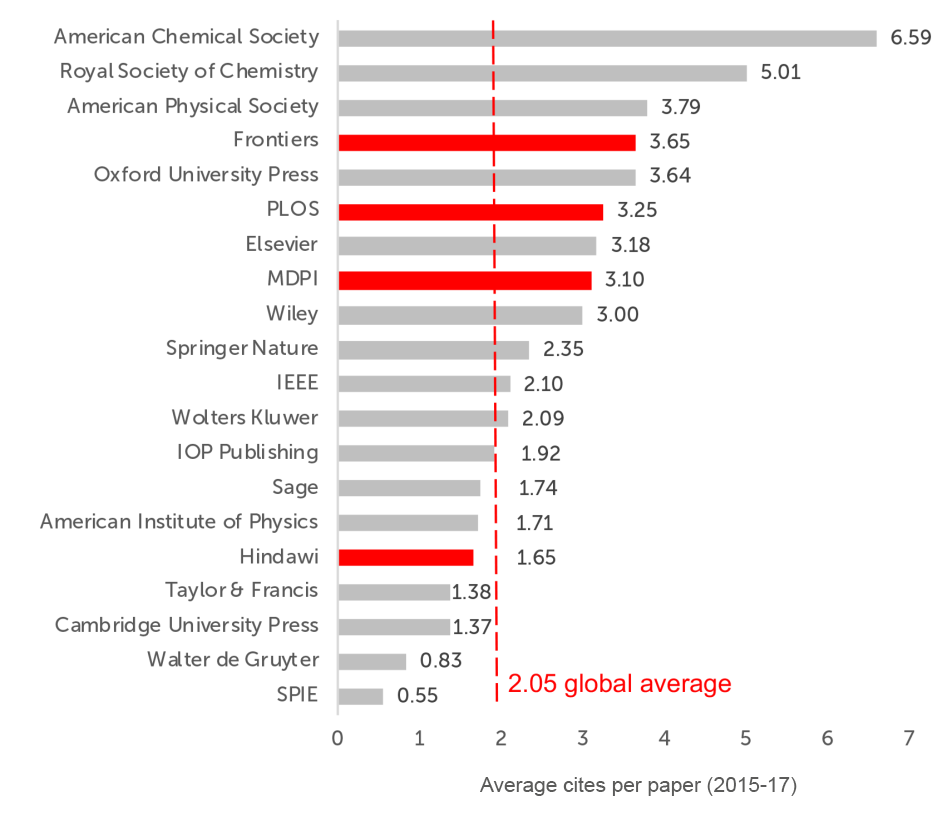 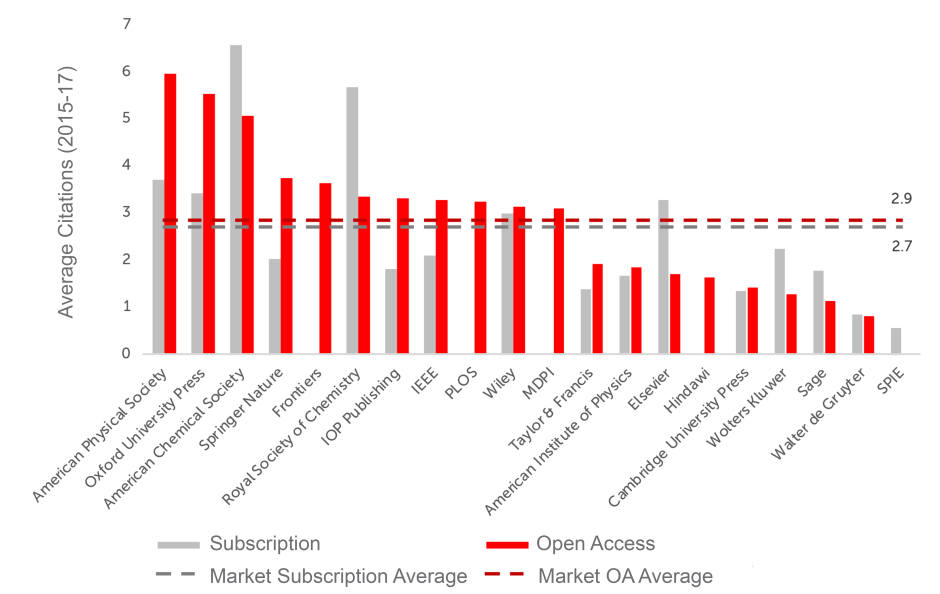 Figure 3. Average citations per paper over a three-year window (2015-17) for top 20 largest publishers in 2017 in SCImago (2018) split into subscription journals (gray) and open access journals (red).