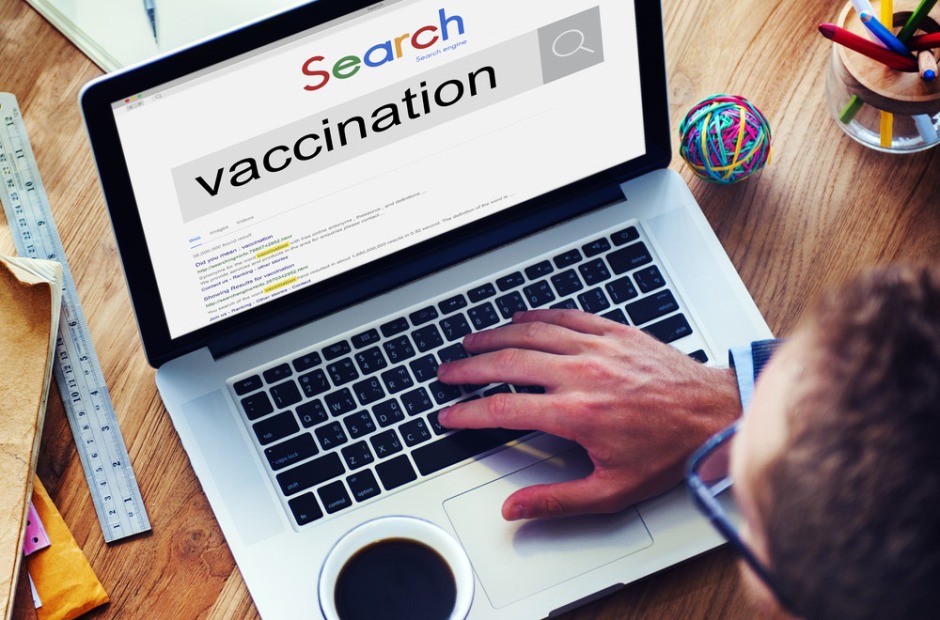 Researchers carried out a search for ‘vaccines autism’ and then analysed the results for the top 200 websites. Image: Shutterstock

Up to 24% of websites analysed in different countries had a negative stance on vaccines.

— By University of Sussex

Research at Brighton and Sussex Medical School (BSMS) has found that vaccine information available online can provide unreliable information based on old, ‘weak’ scientific studies. The study is published in Frontiers in Immunology.

Researchers carried out a search for ‘vaccines autism’ and then analysed the results for the top 200 websites. They found that people can get misinformed advice and information from the Internet, with 10%-24% of the websites analysed having a negative stance on vaccines (20% in the UK). Although searching on Google.com did not return such a website in the first 10 websites generated, searching on the UK and Australian versions of Google did.

Professor Pietro Ghezzi, Chair in Experimental Medicine at BSMS, who led the research, said: “This study reveals a pollution of the health information available to the public with misinformation that can potentially impact on public health. It also shows that weak scientific studies can have a detrimental impact on the public.”

Some vaccine-negative websites also ranked highly in the Italian, French, Mandarin Chinese, Portuguese and Arabic versions of the search engine. The way in which Google ranks websites in different languages could be a factor, but it could also be because these websites are visited more often in some countries, which would increase their ranking and the likelihood of people using them as a source of information.

Although vaccines are one of the most effective defenses against some infections, many vaccines are still viewed negatively by a minority of parents. A major cause of negativity that surrounds vaccination uptake came from a 1998 publication by Dr Andrew Wakefield, a former British doctor who falsely linked the MMR (measles, mumps and rubella) vaccine to autism. The paper eventually was retracted by the co-authors and The Lancet, where the study was published. Despite this, the idea that vaccines can cause autism is still around, and parents continue to be exposed to this misinformation.

Professor Ghezzi added: “The approach of using Google search results to monitor the information available could be a useful tool for identifying countries at greater risk of misinformation. Public health organisations should be aware of the information people can find online when designing vaccination campaigns.”

The research is part of a special article collection on vaccines.

This was a collaborative study that involved researchers and universities in the UK, Australia, Brazil, Belgium and Singapore.