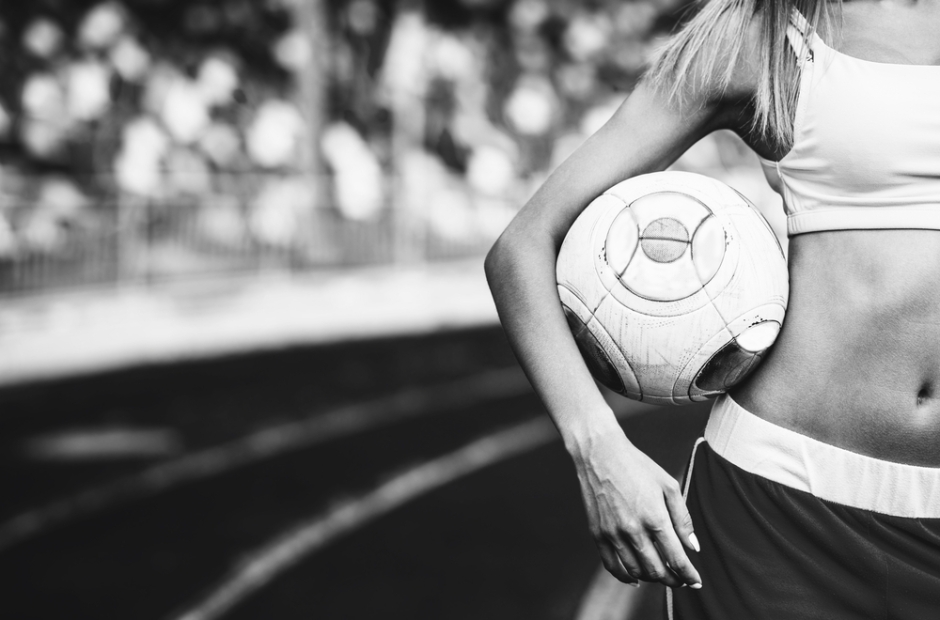 Study shows girls who grow up exposed to traditionally more masculine interests and role models are more likely to have the aggressive desire to succeed at sport.

The ability to produce peak performance plays a decisive role in the success of athletes in competitive sport. A desire to be the best is one of the most important traits in a top athlete, but where does this desire come from – are we born with it or is it a learned characteristic?

Traditionally, research on female sporting success has focused on biological and genetic differences. A new study, published in the open-access journal, Frontiers in Psychology, instead looks at the motivation level of successful female footballers and whether their upbringing influences this desire to succeed.

“We find that at higher competition levels, the more likely it is for female athletes to savour the more aggressive elements of a sporting contest,” says Danie Meyer-Parlapanis, who conducted this research as part of her PhD thesis with Prof. Roland Weierstall, at the University of Konstanz, Germany. “This is particularly the case when they have been raised in less traditional families and have greater engagement with more masculine interests and role models.”

Meyer-Parlapanis and her co-authors asked ninety female football players, from the German premier and regional leagues, to fill in a questionnaire based on aggressive behaviour research in military troops. They found that long-term combat produced a fascination and enthusiasm for direct confrontation, which can override self-control and inhibition. The desire to beat an opponent, whether that be in military combat or on the playing field is similar and can lead to a single-minded approach where victory becomes paramount.

The answers to the questionnaires revealed that players from the premier league, deemed as the more successful athletes, exhibited greater fighting spirit and more pleasure in the game of football itself. When this result was compared to similar findings in the combative field, it suggested these players are less susceptible to distraction, fear and stress during the game.

“But rather than focusing solely on the player’s appetite for success,” explains Meyer-Parlapanis, “we also examined how their upbringing and exposure to gender stereotypes influenced this feeling.”

She continues, “How a child is raised, what toys and games are accessible, and what role models they see – both in and out of the home – all play direct roles in how they view themselves and experience the world around them. Non-traditional socialization can yield non-traditional outcomes. In this case, female athletes breaking with tradition to perform in a sport that, until 1970, was exclusively reserved for males. Additionally, moving further away from female stereotypes, many of these female athletes do more than simply play the game, they savour the battle on the pitch.”

The authors of this study hope that their research will be used as a basis for examining how those with a minority status deal with and succeed in areas where they have not traditionally been expected to do well.

Meyer-Parlapanis concludes, “In sport, there is a long road ahead for male and female equality in pay, status and media attention. Further research will serve to reduce stigma and raise more awareness to the challenges facing female athletes around the world.”