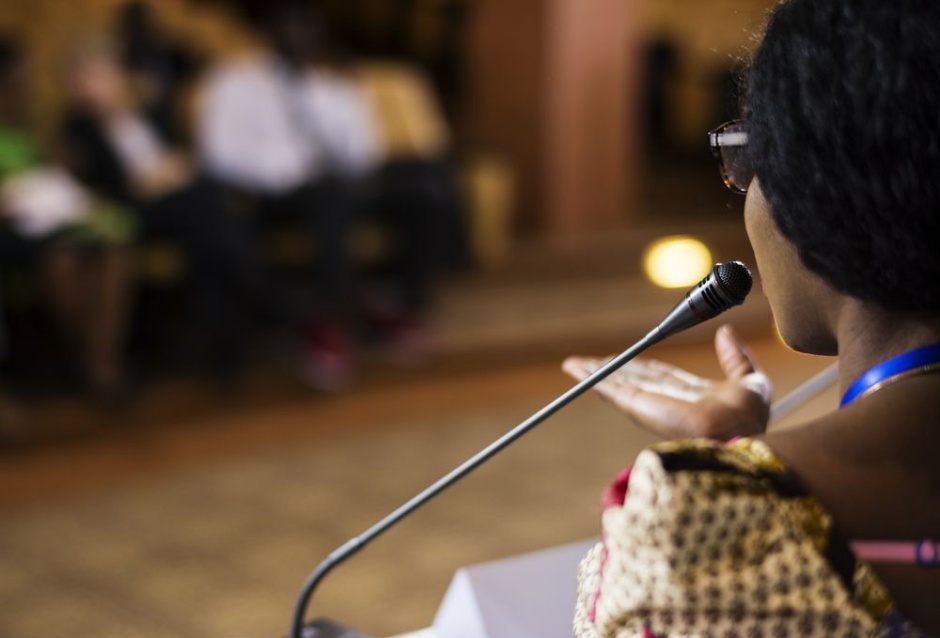 A new Frontiers Research Topic aims to tackle the gross under-representation of women in policy-making in Africa. Image by Shutterstock.

How can there be a fair, successful government without equal and substantive representation from both genders? Present attempts by women’s organizations to influence the decision-making of governments include activism and affirmative action, however, they are not having the desired impact.

A new Research Topic jointly appearing in  Frontiers in Sociology and Frontiers in Psychology  — The Invisibility of Women’s Organizations in Decision Making Processes in Africa and Its Implications — seeks to address this issue and launch relevant discussion. In this interview, topic editor Tolulope Jolaade Adeogun explains the motivations for this topic, focusing on the pertinence of the subject within an African context.

Motivations for the Research Topic

Tolulope begins by giving an overview of the main goals and motivations for the Research Topic. The systematic patriarchy in Africa has caused an imbalance at a governmental level, and thus there is an urgent need “for women’s organizations to be involved in policy making,” Tolulope explains. “For women to move forward and progress, they need a very high representation at the decision-making level. This will help in empowering women, meeting the needs of the society in general and we can start depicting women as victors rather than victims.”

Why is it important to discuss these matters now?

Attempts to tackle the gross under-representation in policy-making have, so far, been unsuccessful. One attempt to balance the scales from a business perspective has been to introduce microcredit.  “This new initiative is not easy in practice. For instance, in South Sudan, some women were given small loans but even when the husbands agreed to allow them to use it for independent business, at the end of the day the men just started collecting the money and not returning it,” Tolulope recalls.

Another reason why the need to represent women in the decision-making arena is particularly pressing is that currently women are at risk of maintaining a self-deprecating mindset. “I am from Nigeria and we have not been able to sustain implementing women’s political participation here,” Tolulope explains. “Nigerian women are skillful, educated and perform well when given the chance but society is constructed in such a way that enforces negative stereotypes.”

How do we achieve the intended results?

The way to move forward and advance, suggests Tolulope, is by implementing a bottom-up approach and re-orientating the people at a grass roots level. In South Sudan instead of implementing ‘formal workshops’ that are inaccessible due to factors like language barriers, organizations are now turning towards more accessible methods, such as storytelling sessions.

“These sessions bring people out and inform them on things, such as what is expected of them as part of a society and what each individual family unit can do to help society overcome the conflict that has eaten up their nation until now,” Tolulope clarifies, “But most importantly, they are helping to bring women and men together in order to break through the barrier of patriarchy; this is similar to nego-feminism.”

Who will this Research Topic impact?

This Research Topic ultimately aims to address the issues covered in this interview, seeking to elucidate the ‘invisibility’ of women’s organizations at present and understand their past failed strategies. The topic will also hopefully shed light on what steps are being made by these organizations, e.g., at a grassroots level, in order to bring about equal representation of women in decision making in Africa. But what impact will this research topic have?

“Many people will benefit from it,” confirms Tolulope. “On the one hand, the women’s organizations themselves will become aware of the many issues at hand that they are required to tackle and then rise up together to tackle them. As for academics, so many other things will come out of this literature that will be useful to work on.

“Finally, women themselves will gain insight and this is not just limited to African women, it is important all around the world. We need to address these questions so that women can come together and learn from what we’ve been able to gather from our research.”

The Frontiers Research Topic The Invisibility of Women’s Organizations in Decision Making Processes in Africa and Its Implications is now open for submissions. Contact sociology@frontiersin.org for more information.