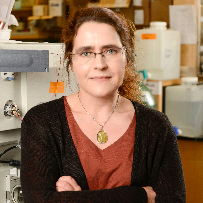 Frontiers in Pharmacology is proud to announce the appointment of our new Field Chief Editor, Professor Heike Wulff.

Professor Wulff will share the position in a transitional phase with Professor Théophile Godfraind until early 2018. We offer our deepest appreciation for his commitment and inspiration as our founding Field Chief Editor — qualities which have helped to make Frontiers in Pharmacology the most-cited open access journal in the field.

As a field, Pharmacology is increasingly far-reaching, and this is reflected in Professor Wulff’s background. As a Principal Investigator at UC Davis specializing in ion-channel pharmacology, she is involved in the development of potential treatments for cardiovascular, as well as autoimmune and neurological diseases. Furthermore, she is the director of the Probe and Pharmaceutical Optimization core of the UC Davis CounterACT Center of Excellence. Countermeasures Against Chemical Threats (CounterACT) is a trans-NIH research program focused on the development of medical countermeasures to chemical agents — released into the population either accidentally or deliberately.

In this dynamic context, maintaining a clear focus on fundamental pharmacological principles — and their development — is something that Professor Wulff believes will be vital in the years to come, and something Frontiers in Pharmacology can take a leading role in.

“Pharmacology has always been both a basic and an applied science at the interface between physiology, biochemistry, medicinal chemistry, toxicology, clinical medicine and pharmacy,” she says. “Consequently pharmacological research, which is crucial for translating basic science discoveries in many different areas into clinically useful therapies, is often published in a wide range of general and specialty journals.

“The challenge that any pharmacology journal therefore faces is to establish both a “pharmacology” identity and a broad enough basis of readers. Under the leadership of my predecessor Professor Théophile Godfraind, Frontiers in Pharmacology has established itself as a prime venue for both impactful reviews and primary research articles. With open-access an increasingly preferred model for funders and authors, my goal for the future of the journal is to build on his work, increasing the numbers of submitting authors and readers in the international and interdisciplinary field of pharmacological research.”

The Frontiers in Pharmacology team looks forward to taking the journal from strength to strength under her guidance.